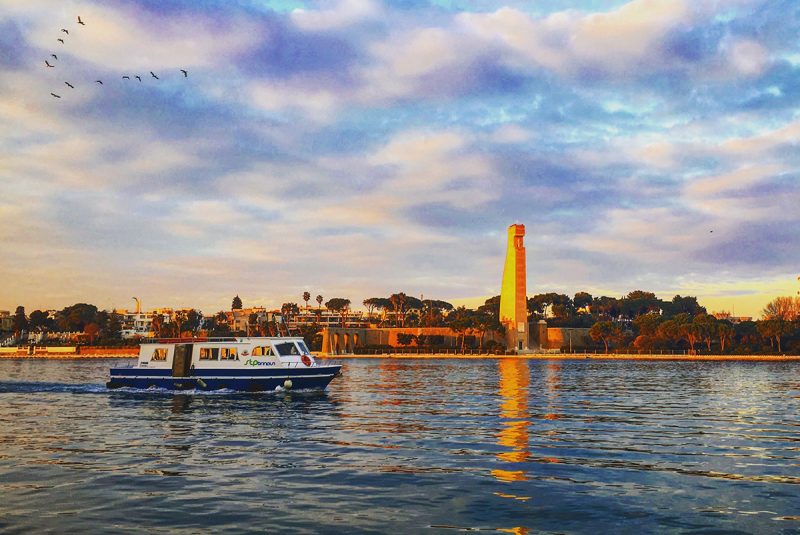 You could even choose to combine our half-day tour:

A suggestive walk starts from the Cathedral Square, with the visit at the homonymous church and the archaeological provincial ‘Francesco Ribezzo’ Museum (where a collection of Roman findings is displayed); the ‘Portico of the Knights Templars’ precedes the museum’s entrance. The church, consecrated by Pope Urbano II in 1089, was strongly damaged by the earthquake in 1743 and later rebuilt following the Romanesque planimetry of the Basilica with the nave and the two aisles, without transept. In the chapel dedicated to Saint Theodore of Amasea, patron of the city together with Saint Laurence, the martyr’s remains are kept. Heading towards the bell tower of the cathedral (to whose right the seminary and the attached episcopal palace rise) you will recognize the terrace with the Roman Columns, seen as the only memory of the great prestige of the Roman Brindisi, that probably were indicating the end of the Via Appia. Walking along Viale Regina Elena, which runs along the side of our amazing port, you will reach Saint Theresa Square and then Saint Paul Square with the homonymous church. This last dates back to 1322 and inside you can admire many baroque altars and some pieces of Angevin frescoes.

The Swabian Castle, built in 1227 by Frederick II and today used by the Navy as Headquarters, and the Temple of Saint John Sepulchre rise in the immediate area. The temple was built at the end of the XI century by the Knights Templars. The Early Christian construction presents a portal full of relieves. The final stop of this tour will be ‘Le Sciabbiche’ district, previously known as ‘the fishermen neighbourhood’; and not without reason, here you will discover many interesting restaurants where to enjoy a lunch based on our typical seafood and other local products.

With: a walk and on the other side of the inner port, in order to admire one of the greenest neighbourhood of the city, called ‘Casale’, since this word refers to the huge amount of small villas and single-family houses characterizing this area. As first step, thanks to our boat service, you will reach ‘Villaggio Pescatori’, born in 1938 to welcome people from the neighbourhood of ‘Le Sciabbiche’, on the other side of the port, and where fishermen, boatmen and plain people, with their own tools, always livened up this maritime area. Running along the side of the port, at a certain point one meets the Italian Sailor Monument, also called ‘the Big Rudder’, because of its shape; built in 1933 and 54 meters tall, it is, together with the Roman Columns, the symbol of the city. A visit on the top of the monument would be possible, so that you will have the opportunity to better observe the whole shape of the port, our beautiful seafront and the bordering areas of the city. Later on, you will get to the end of the tour enjoying a coffee, an ice-cream or our typical ‘cold Espressino’, in a bar nearby, before coming back to the centre. Or choose to added HALF DAY AT THE BEACH

Another option would be, after the first part of the tour, enjoying your lunch time at the beach, staring at the horizon while sipping fresh drinks and tasting our local products, and then, why not…. spending a couple of hours sunbathing and plunging into the blue water of our land. In the late afternoon, a shuttle service will drive you back to the city centre. 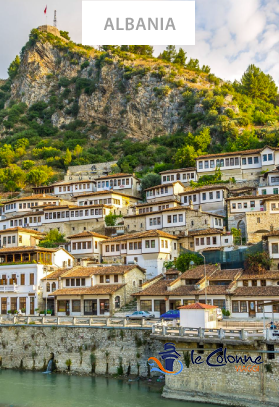 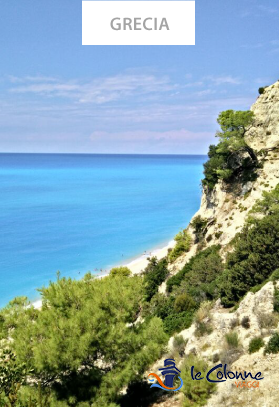 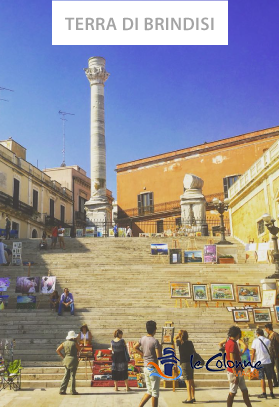